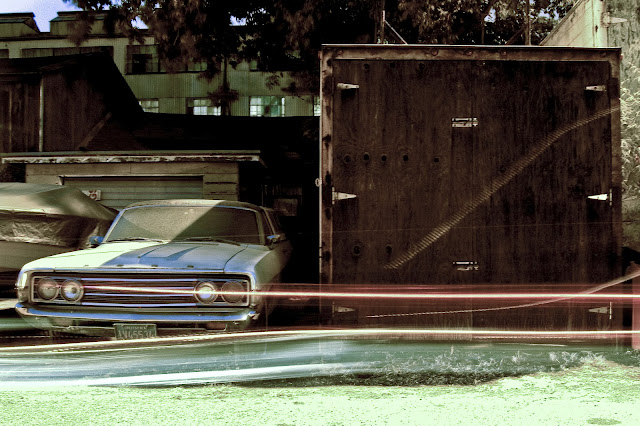 They type of image I used to take a lot of.  I was a dedicated nocturne then. The results long-exposure reveal fascinate me. The sense of inertness and stillness in the night. Time waiting, time passing. Ever since I moved away from California I find myself attending to such images far less. Maybe it was a California thing, warm evening air, the native styling. In the past 18 months I've resided in three countries and each move is reflected in my photography not simply by different subject matter. It has also affected the content in other ways too. This has got me thinking that photography, the eye and the practice, is a reaction to one's surrounding, to the culture of where ever you are at. I've gone from roaming around at night photographing old factories and cars, freeways in Northern California to the raw dramatic landscapes of British Columbia. Now I seem to take pictures of the natural features of British countryside and French coastline.
Increasingly my pictures have less of an artistic edge and have become more literal. Not sure what I think about this. My foray into stock photography is no doubt responsible for some of this. I also find that being at home, well, that always takes a while. The artistic is dependent on how comfortable you are with what you photograph, what it makes you feel. And, for me, this is born from familiarity. To be familiar is to become native and the methods of different expressions, interpretations and experimentation ensue. One is at home with one's subject. 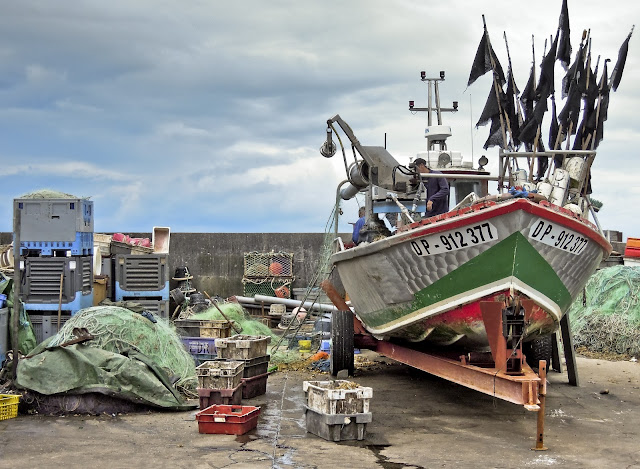 Posted by Silentfoto at 2:32 PM No comments:

The bucolic wheat fields above Monsal Dale in the Derbyshire Peak District, May 26, 2012. The Stable Bar at Monsal Head provides the water of refreshment.
Posted by Silentfoto at 1:00 PM No comments:

The Way Things Were Then


What can I say about this image? Has some emotional resonance to it, a portrait of me and my life at that particular moment. Taken atop Mountain View Cemetry in Oakland. I would spend a lot of time there, haunting the place. One of my corners. Mountain View is a popular open space in this part of the world for dogwalkers, art students at the nearby CCAC, grave robbers, errant photographers and the otherwise lost and other lost souls. Immaculately kept, the cemetery was designed by Frederik Olmstead, the architect of New York's Central Park and San Francisco's Golden Gate Park. His vision saw Nature and Human Desitny converge and intertwine. Hmm. Just like felt photography can be. It's an impressive piece of terrain looking down the slopes of the East Bay hills to the bay, SF and the Golden Gate beyond. A very large and rolling piece of landscaping with winding roads. Some of the leading lights of the bay areas are buried here. Lots of Merrits, Bechtels, Crockers up there on Millionaire's Row - monumental crypts bigger than houses. Elizabeth Short is buried here too, the Black Dahlia, although I never found.
I think I was improperly / creatively using one of BCC's new tilt-shift lenses to keep the tall trees away from focus. Resonant as part of my existence seemed to be seriously out of focus too - in a particularly remote frame of living when I took this. This is what my life looked like. Basically just me, the car and my camera. Enough to keep me going apparently. I can't decide if I am looking at an opening or a void here. Definitley a measure of resignation to how I felt about the world I inhabitated. The colour cast adds to the ephemeral aspect of the composition too.
Posted by Silentfoto at 6:20 PM No comments:

My First Picture, a photo by SheffieldStar on Flickr.
Posted by Silentfoto at 5:08 PM No comments:

Sheffield People’s Theatre at Sheffield Theatres
Posted by Silentfoto at 7:49 PM No comments:

Art of the Night freeway 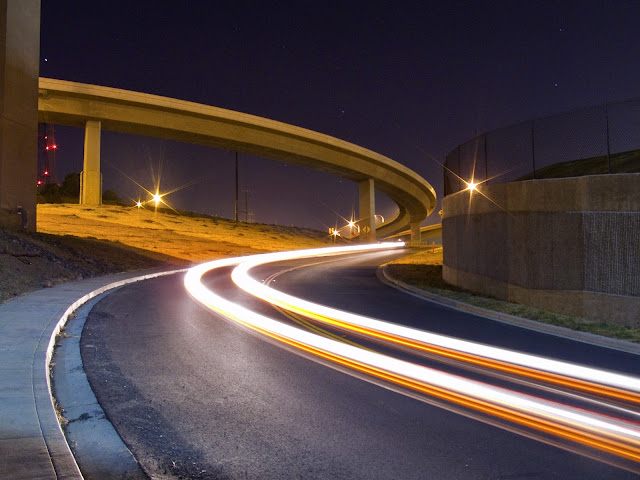 I used to spend a lot of time hanging out beneath freeways with my camera and tripod. I publically confessed once to this before was while giving a photo presentation to a class. The feedback was mostly sympathetic to my plight with overtones of derision here and there. Anyway, I used to hang out alone under freeways a lot. There is a world down there worth investigating,  of modern archeological - the future already came and took the automobile up way above overhead. Living in the east of the San Francisco Bay I was spoilt for choice of freeways to hang out underneath. The Oakland Maze dealing out it's wares to the Interstate 80, 580, 980, Hwy 24 East to West, or the  I-80 / 580 split, and on ramps, off ramps, etc, etc.. Big, mighty moulded elevated concrete structures built to stand the severest of earthquakes (although they still do fall down under extreme circumstances). It is odd to be under The  Maze always feels so disconnected from my daily passage along it's topside. The geography, landscape, reference points and ultimately the experience markedly different despite sharing the same coordinates on the map. Underneath the freeway is a land time has forgotten; quiet; still, always the graveyard shift. Meanwhile millions of cars and the people in them pour overhead on their way, to / from, coming or going, in transit between destinations. Energy abuzz and the dead space beneath.

View more of my freeway work
Posted by Silentfoto at 11:04 PM No comments: