The Fog in the Night 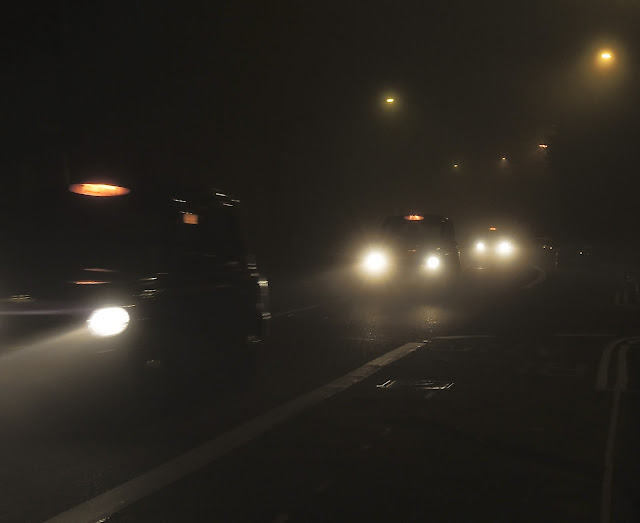 Fog. Nothing like it to produce beautiful pictures. Subtle, subdued, dampened. Gives a texture to the atmosphere that light & motion passes through to produce an ambience that never fails to strike a chord.

The French photographer Brassai was a master of fog in the night. A masterpiece of his shows a figure leaning from behind a civic rotunda in the fog of a night. Highly suggestive, dangerous. Beautifully shot, likely with a large format camera with a huge open aperature since the figure is tack sharp.

I like the taxis as the subject of my piece because of their classic throwback design (well, it's a throwback now). A very minimal quality to the shot too. Of course if I had the patience and genius of Brassai there would be another exciting element in there - a figure to the curb in raincoat and revolver at the end of an outstretched arm.
Posted by Silentfoto at 3:03 PM